They said it would be useful, help me to ‘move on’, after all this time.   And I did want to tell my story, I wanted to understand.

The woman who welcomed me had a pale face and a thin, watery smile.  She looked sort of competent, I thought.  She ushered me in and took my coat; “Please sit down and make yourself comfortable”.

The room was a white hollow cube and the walls were shiny and bare, all of them.   Not a photograph, nor a picture, not even a dirty mark to provide any clues of the heartache and healing that must go on in this place.    It seemed austere and unfriendly, sterile.   One small window let in some summer light, providing a bit of warmth.  An old beige blanket was thrown casually over the rattan armchair that was clearly designed for the client and I sat down, feeling awkward and unsure.

Beside me, on a small table, was a faded box of tissues and some business cards.  And underneath the table, there was a wicker waste bin, half full of crumpled tissues.  In a flash I imagined other peoples’ stories, their meanderings and tears – just discarded there.

What had I let myself in for?

We sat without speaking and I wondered who would break the ice first.   I was aware that I was wringing my hands, feeling anxious.   She smiled more broadly then, trying to make me relax.

“So, can you tell me what has brought you to counselling at this time?”

Her eyes met mine, she nodded encouragingly.

I couldn’t move.   I looked down at my shoes.

“We can take it as slowly as you like”

This was excruciating.   I felt hot and breathless, “I can’t think where to begin”

“Well, so we can sit quietly for a while, that’s okay”

I was fidgeting, and felt sick.  The silence was becoming thick and suffocating, until;

“Well, I’ll go and make us some tea, shall I?  give you time to compose yourself”

I sighed with relief.

I wondered if I could just leave, walk away.  Tell them I had tried but that I couldn’t talk to a stranger – that therapy wasn’t for me.  But I felt rooted to the spot, so I tried to concentrate instead on the space around me.

A corner of the room had been sectioned off for children’s toys and there was a rocking horse, a selection of books and some dolls.  One of the dolls seemed to be peeping out of a small cardboard box, and to all intents and purposes could have been the one my daughter chose when she was just five.  Paul, a boy doll.  The very doll she had held up proudly after chapel one day, to explain why he was different to girl dollies!  Yes, I remember that day!

In another box I could see a pack of felt pens.  And I was suddenly inspired.  I longed, instantly, to draw on those walls.  It was compelling.

So my story began.  At first there was water, a flowing stream of consciousness.  A house, built of cards, on rocky ground.  I drew fire, and an old flame.   A merry go round, seemingly stuck in time, was spinning slowly, sounding tired.  Random snapshots, flashbacks.

A small boy running around a field, looking lost, calling for his Mum.  An older girl sitting beneath a rainbow, clutching a notepad; and a man in the distance, waving but not looking back.  A young, anxious woman on a train, holding a small girl and a doll called Paul.

I felt driven, mesmerised, quietly drawing and recognising the events; the emotions, the images I had drawn appearing more clearly than my memories would normally permit.  Friends, coming and going, crossroads and roads not taken.  Road blocks and open doorways, and miles and miles of open moorland where I had laughed and cried, scattered tears and crazy dreams.  And there I was again, older now, looking at my reflection in a broken mirror, and holding a compass.

The images came without thought or the need to search.  And finally, even I could see patterns forming, some more intricate than others, some like the kaleidoscope mandalas I remember from my childhood.  I could see the picture growing, like a life road map, my defining moments.

The smells were intoxicating, freshly baked bread in the Dordogne with a new, if improbable love.  My newborn baby’s hair.  That fire.  If I touched an image, I felt the emotions, and could visualise the texture of sadness, the elation of happiness.

And the paint box colours were conversations; an angry vermilion and a calming blue.  A fierce, prickly orange.  The palest green for an apology, and translucent crystal, for nearly forgiving you.

Meanwhile I could hear the music – the haunting notes playing beautifully through my narrative – and some lyrics standing out, above all others:

‘Who do you think you are?
Runnin’ ’round leaving scars
Collecting your jar of hearts
And tearing love apart’

With a spidery golden pen I was carefully stitching up the scenarios when the counsellor returned.

“I’m so sorry I’ve been so long – I made the mistake of taking a call whilst the kettle was boiling, but I see you’ve been busy”

Oh no!  The painted walls – what had I done?

She put the tea down then walked around the room, looking carefully at the images, nodding to herself, twice turning around to smile at me.  She said nothing, but sat down, looked at me searchingly.

“I can talk about it now”

“So, today is the day you begin again”, she said finally.

She gave me a cloth and gestured to the walls.  In a series of strokes the images were gone, the walls left with no trace, of course!  I placed the cloth in the waste bin, with the crumpled tissues, felt relieved.

I had made a start, and the bigger picture, now alive in my mind, would help me heal. 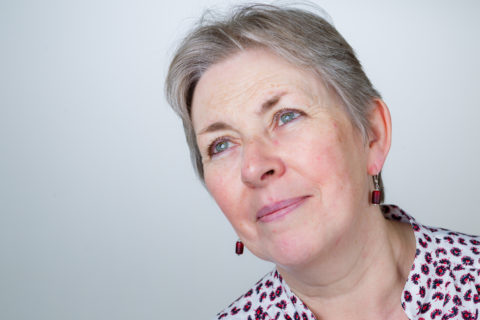 Lesley specialises in helping senior managers in the NHS and not for profit sectors to cope with the challenges they face in bringing about sustainable change.  She has also run her own organisational consultancy business since 2010, and is an accredited and experienced life and business coach.

But Lesley is first and foremost a writer and poet and has been writing for more than 30 years.  She likes her writing to be of the moment and immediate, which means that she leans mostly towards poetry and short stories.  She has been a member of the Scarborough Writers’ Circle for 8 years, where she currently holds the committee role of publicity and website officer.

Lesley is passionate about making a difference.  The healing powers of poetry, and the written and spoken word, underpin and feature in Lesley’s work always.  She has a growing interest in storytelling and memoir, and has several projects in the pipeline – one of which is to develop her interest in running writing retreats, and the other to publish some of her own writing.

To find out more about Lesley visit: integracoaching.uk.com