How do you choose the best editor for your work when there are hundreds of highly skilled and experienced ones to choose from? How do you know who will genuinely edit your work with integrity and not regard it as yet another mundane work task? And who can you work with confidentially with ease and mutual trust without fear of criticism and judgment? 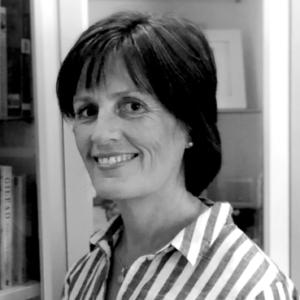 I was in a predicament as these questions evolved part way through writing my debut book. Despite having never worked with an editor before something was telling me I needed one.

I stumbled across the Society for Editors and Proofreaders. I randomly wrote to many editors across the UK all with impressive CVs seemingly capable of editing a vast range of subjects. From those that took the time to reply, only one stood out and that was Helen Fazal. Unlike all the others, Helen’s response included the word ‘enjoy’. Helen would actually ‘enjoy’ editing my work. She was an obvious first choice.

Helen went on to edit my book. Throughout this 18-month period Helen demonstrated an impeccable work ethic. She works diligently and consistently, which enables her to meet deadlines whilst remaining calm and thoughtful. It was a collaborative partnership each respecting the other’s role and contributions. This was important to me as all too often power can interplay as one tries to dominate the other.

Not only did she show a skilled technical ability but also a deep intuitive way of understanding of what goes beyond the immediate and obvious. This would not be possible without being well read herself and open to the unconventional. Her skilled editing capability was reflected in her sensitive and conscientious improvements to the narrative (initially mine was particularly messy and rambling). My work was never undermined but transformed into text which was leaner, tighter and above all else true to the essence of what I wanted to create.

There were times I became vulnerable and exhausted by the nature of my subject matter. Helen was able to respond by gentle decisive intervention, which enabled me to carry on. For this I will always be grateful.I doubt I would have completed nor published my book without the support given by Helen!

The book then went on to be published worldwide without the need for an agent.